Greetings from the Land Down Under! The race in Australia was great, stacked with strong competitors, as most of them have been lately. I finished 4th, and was happy the result. I was on a personal battle with an Aussie and an American. Sometimes they get me, but this race I came in ahead! The Aussie was right behind me on the bike, and even tried passing me but I didn’t let him make the move! Well, he came after me on transition and on the run, sometimes we ran side by side like we were “buddies”. On the final chute he gave his all, I gave my all, and the crowd was screaming for him. He was ahead for a couple seconds, and then I lengthened my stride and gave my all, crossing the finish line 1 second ahead of him, throwing myself on the floor to get ahead. He also had the wind taken from him and almost puked upon finishing, it was a great finale and I was beaming with excitement. I had a couple friends that live in Australia come watch me and that was really special. Thanks to my sponsors for another insane race, and I am bummed I missed the PossAbilities triathlon, on the same day as Australia. From here we go race in Japan, how fortunate am I?! -it’s looking like another tough one, but I’ll give my all… (Translation: swim like a dolphin, cycle like you stole it, and run like there’s a vicious dog chasing you!)
 

Hello friends and family of Team PossAbilities! In late September I had an important event in Lake Tempe, AZ,... read more 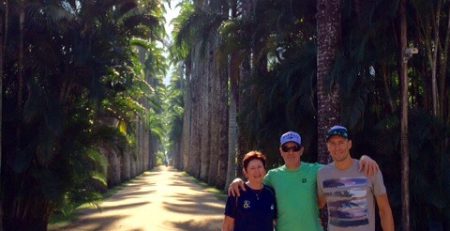 Hey guys, I’m following up here on a theme that I wrote about last month.I thought there were so... read more

Hello dear PossAbilities supporters, I love reminiscing about the previous season, to see where I grew, what I learned,... read more 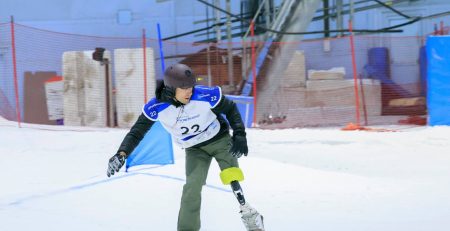 Hey guys,My sports life has just turned 360 degrees as of last week!As most of you know, my category... read more

This week we had the opportunity of being in a tv show called Joy In My Town, sharing the... read more

Greetings! A tradition that I've been able to participate for 6 years now, the San Diego Triathlon Challenge was what... read more

First TRI out of the way!

Hey there, here I am already training for the 11th Annual PossAbilities Triathlon , coming up on April 28th! Kendra's... read more

I had the pleasure of fine tuning my running as I was helping students of Loma Linda University on... read more