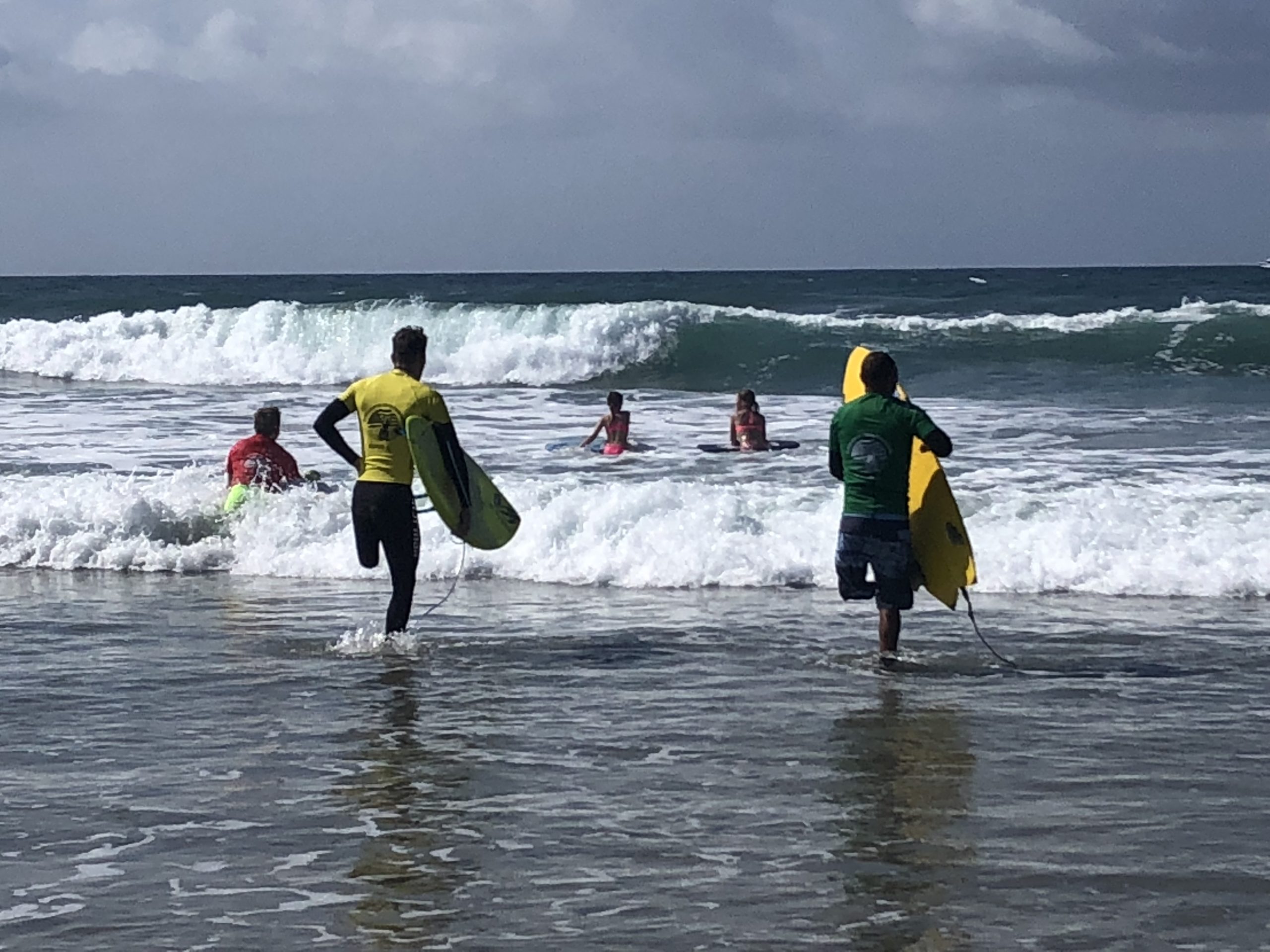 In early October I participated in the 2nd edition of the US Open Adaptive Surfing, my first surf comp where there was a monetary prize purse, $1000 for the 1st place! There were 80 athletes and about 15 countries represented.

As much as I love surfing, I didn’t do well at this competition, only going until the second round.

Surfing can be a frustrating sport, and even though I can hold my own on big waves, competing is a different story. You only have a 20 minute-heat to perform, meaning you gotta be lucky for the good waves to come, and be in the right place to catch them! During my heat, the tide was wrong for that beach in particular; the wind was from a bad direction and the waves were small and closing out almost altogether. It was a mess! If I weren’t competing, it was the kind of waves I wouldn’t even bother to go out. Combine that with extremely talented surfers in my heat, the fact I haven’t surfed in 3months (due to training/traveling/racing triathlons) and a new style of surfing I’ve been trying (kneeboarding), and chances were stacked for me to not do well.

Still, it was a great event. It’s very emotional, as is with triathlon, to see the different kinds of disabilities and people overcoming those. Very nice to be a part of that in a sport I love, and while I can I’ll be doing these. When surfing get to the Paralympics, I would love to be there!