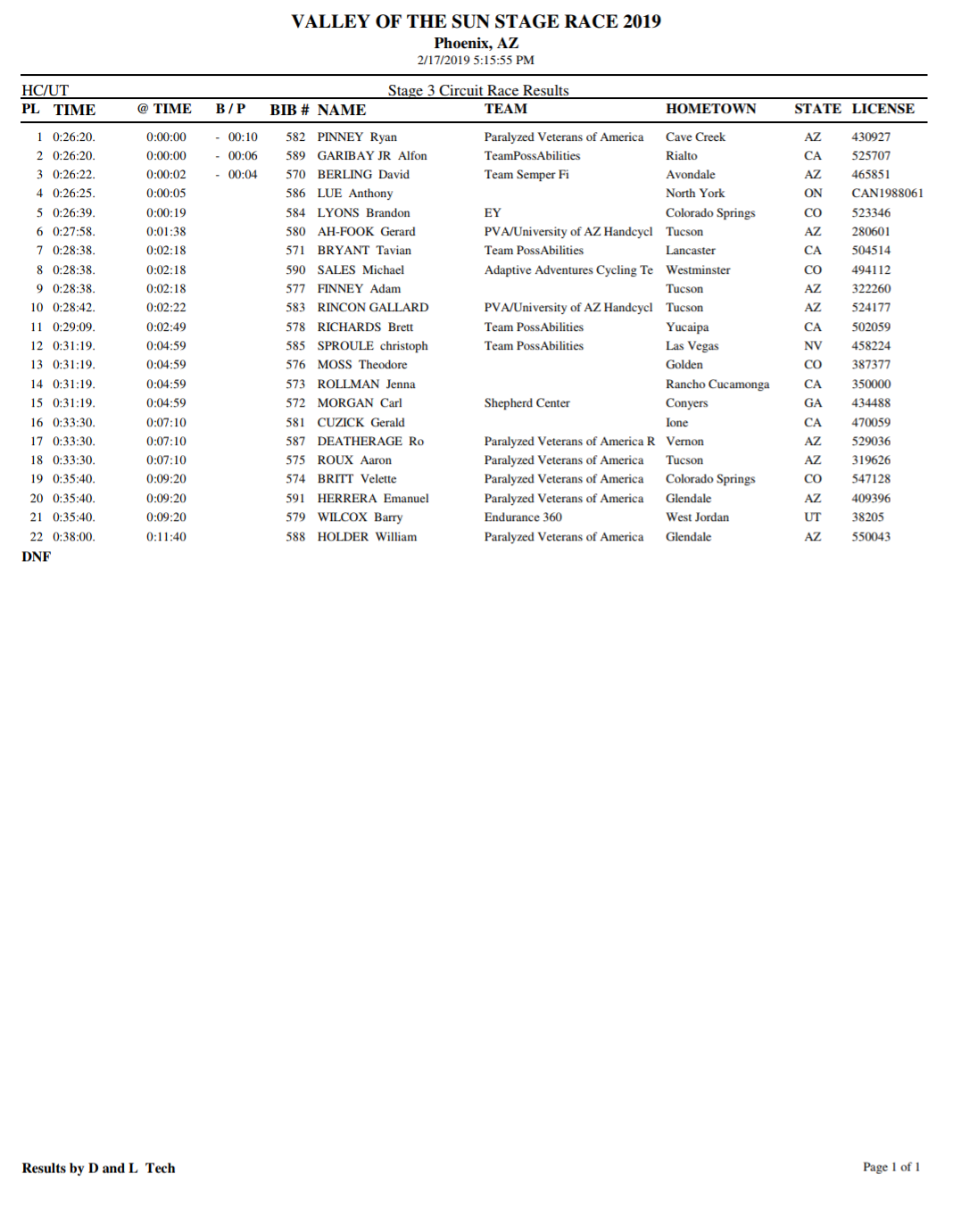 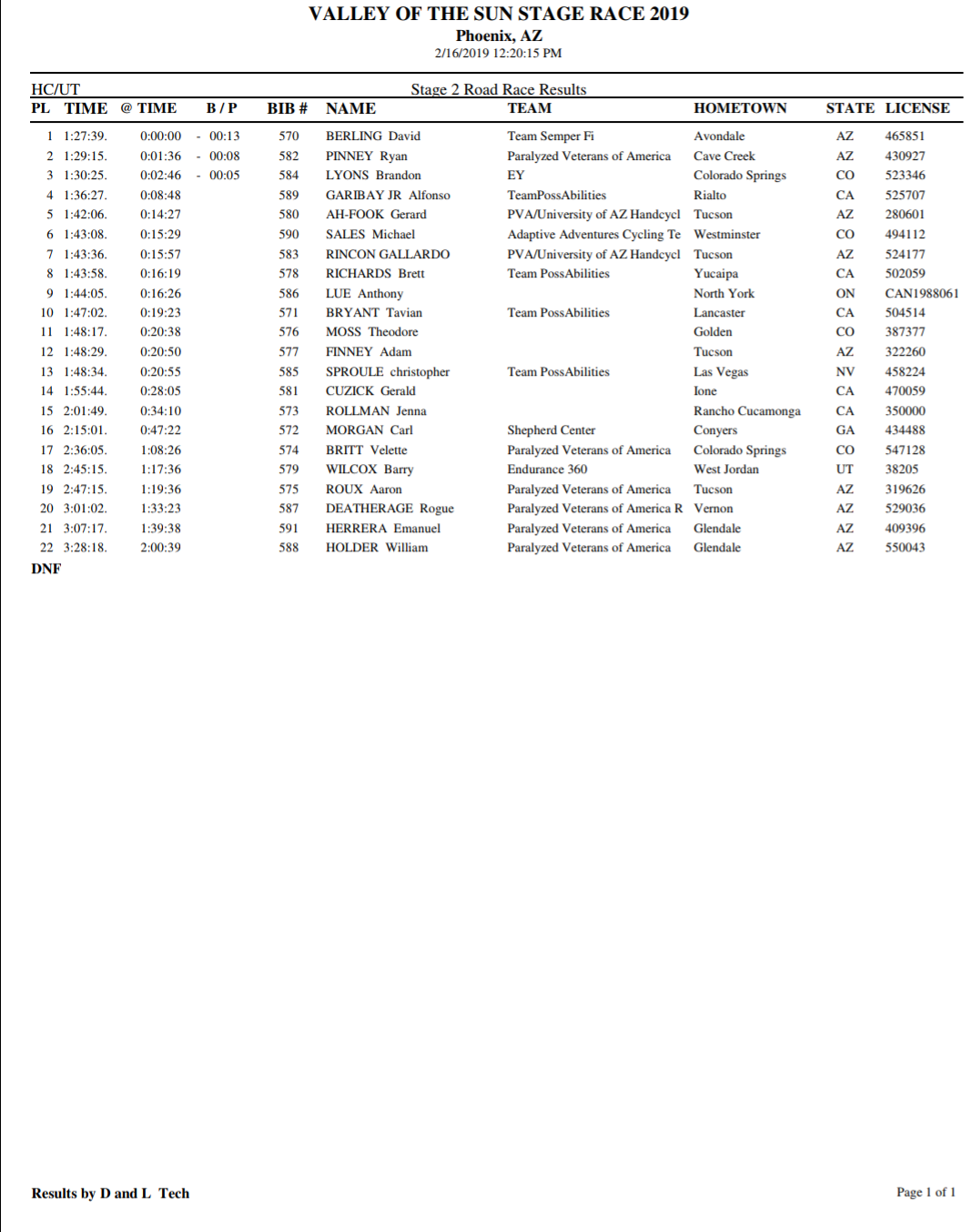 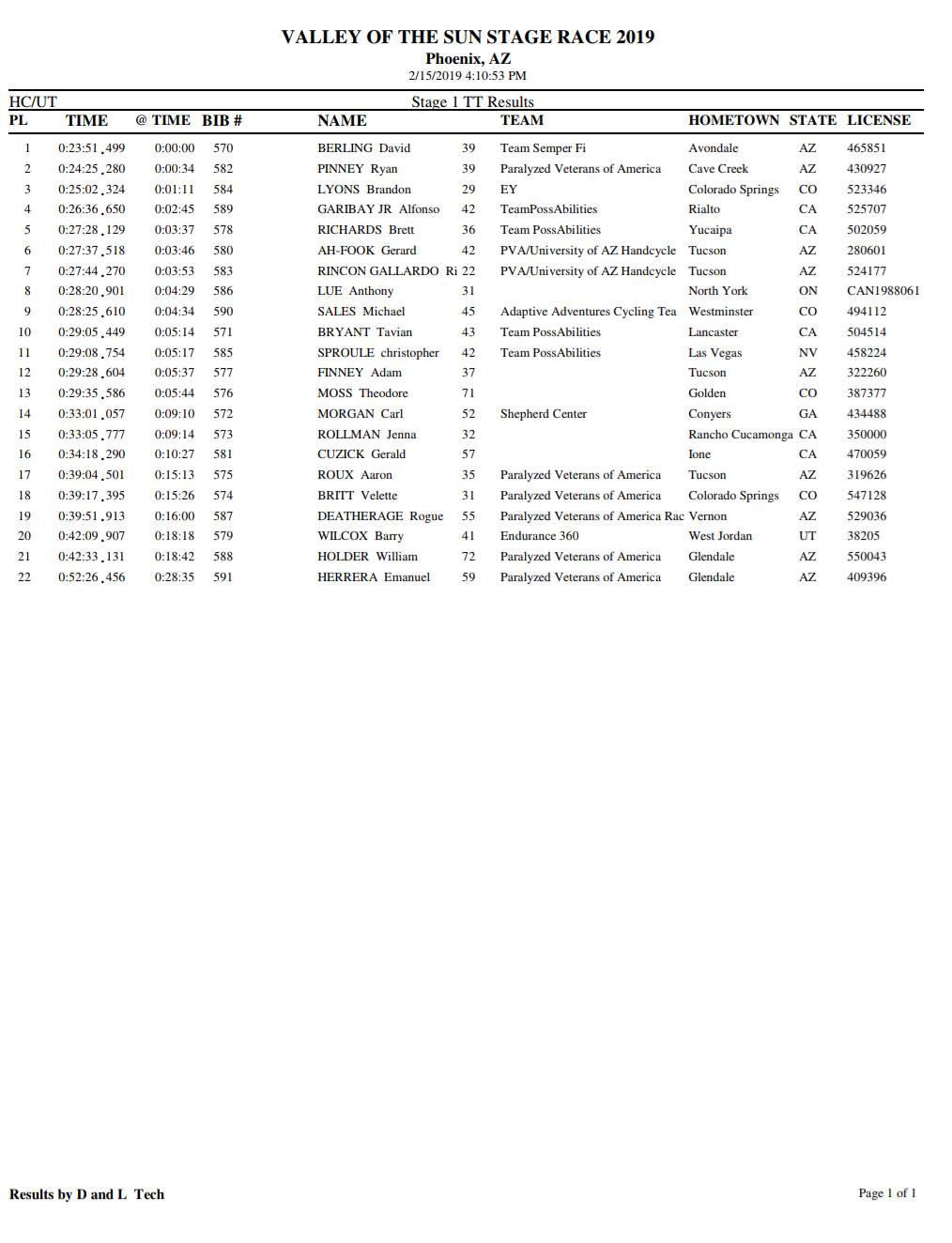 Valley of The Sun 2019 stage race results. I earned 3rd place over all in H-3 category, it was and honor and really fun racing with Team USA members, PVA Racing, and everyone else who showed up. Always a great time racing with friends and fellow athletes who are awesome.

Stage 2 the 30 mile Road Race was a good and fast paced challenge with a good amount of climbing to create some separation. I stayed with Team USA members Ryan Pinney, Brandon Lyons, and David Berling. Pulling them for periods of time in the first lap before the climb, not the smartest thing to do but it was honestly cool just to be in front of such great athletes, it is Team USA after all. The Team USA guys where all able to take off on and after the hill and got away from me. Canadian Anthony Lue was able to stick on to my draft bar and became my nemesis’s in this race. He used his great drafting techniques to stay with me until I decided I had enough and threw in some vicious attacks in second lap that broke him and left him 5 places down. I had secured 3rd place in H3 and ended the race solo.

Stage 3 the critirium was a fun and fast race again I was with the same lead group with Team USA racers plus Gerald Ahfoo and Canadian Anthony Lue, After a couple of moves and some fun laps it was down to the last lap and it turned into a sprint finish between myself, David Berling H-5, and Ryan Pinney. I earned second place in this race.

Overall it was a great season opener and Team PossAbilites did great.