Reflections on the World Championships 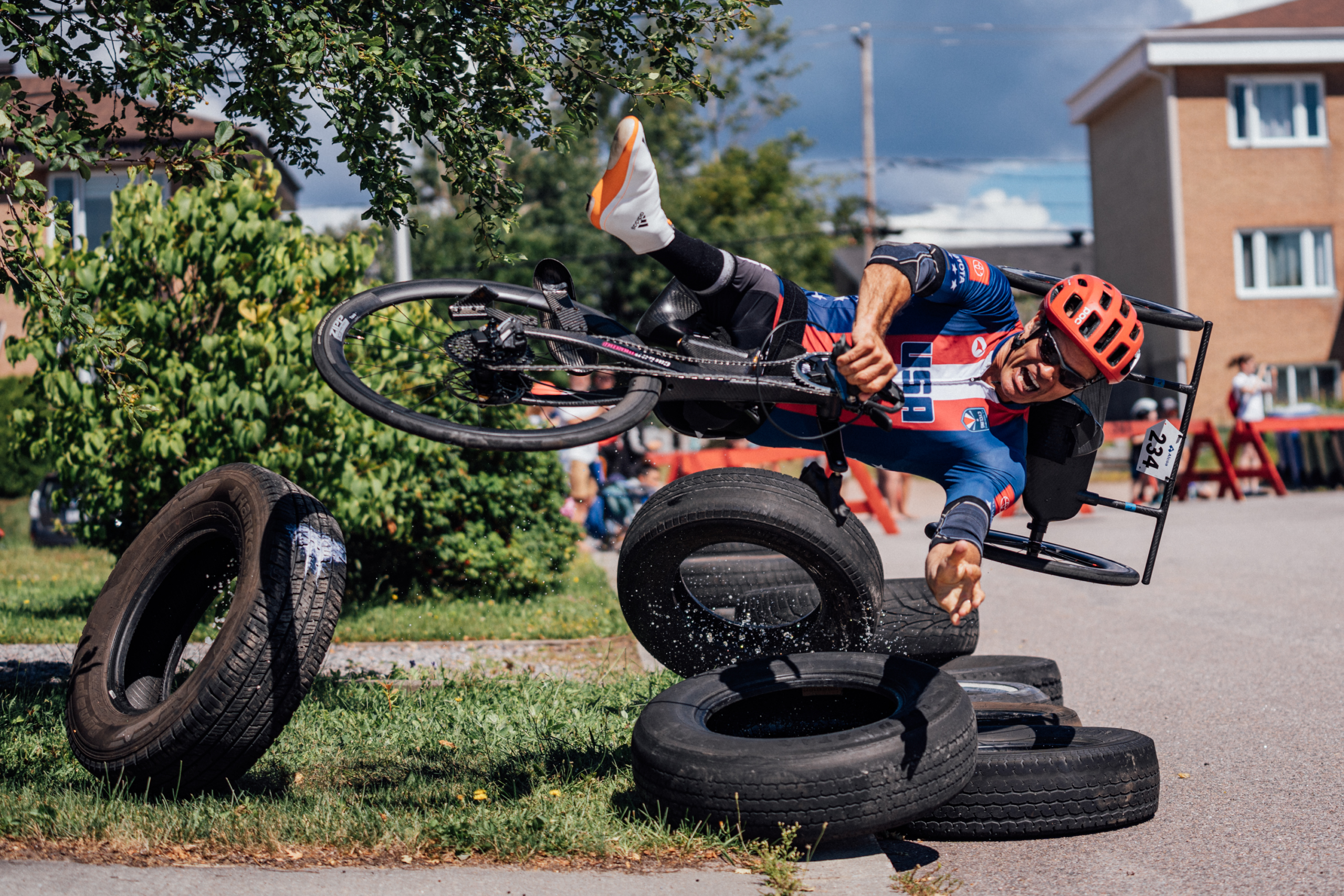 Reflections on the World Championships

The 2022 season has come to a close and I’ve returned from the 3rd World Cup and World Championships with a 4th and 7th place finish. Despite a fairly serious crash captured by the epic picture shown in this blog, I also came back a much more confident rider than when I left.

My Time Trial performances were among the best of my career. I have learned at what point in the race I tend to drift in power output and prepared myself mentally to give it my all in that moment rather than just in the final sprint. I executed my race plans perfectly and could not have asked for a better result.

I also learned to work through my nerves more than I have in the past. Being in the moment, making the decision to live in the moment, over and and over again, brought confidence and focus.

During the World Championships Road Race I tactically accomplished things I hadn’t in the past by focusing moment by moment and found myself in the lead break-away group feeling very strong with the final three other riders left in that front group. I also found that I was cornering faster than the others and felt it was an advantage. Unfortunately, I applied that advantage without enough caution. The World Champion attacked before a very steep downhill that had a hard turn at the very bottom. Many of the others were braking and slowing more than I needed to. So I decided to create a little distance between me and the other two riders before the bottom of the hill so that I could sling shot past them to the lead attacker by taking the turn well over 30 mph. Unfortunately I didn’t leave enough room and I met the others half way through the turn when it was too late to adjust my line. I hit the back of a competitor and was sent off track crashing into and over the tire wall at the side of the road. After flipping completely in the air, I landed on the cement resulting in two fractures in my right arm.

I am extremely grateful to the Lord for answering so many prayers leading to this experience, and through this crash, given my injuries are relatively mild. I likely needed a forced rest off the bike for a few weeks (says my coach), and am looking forward to getting back into training and apply these learnings in the 2023 season.