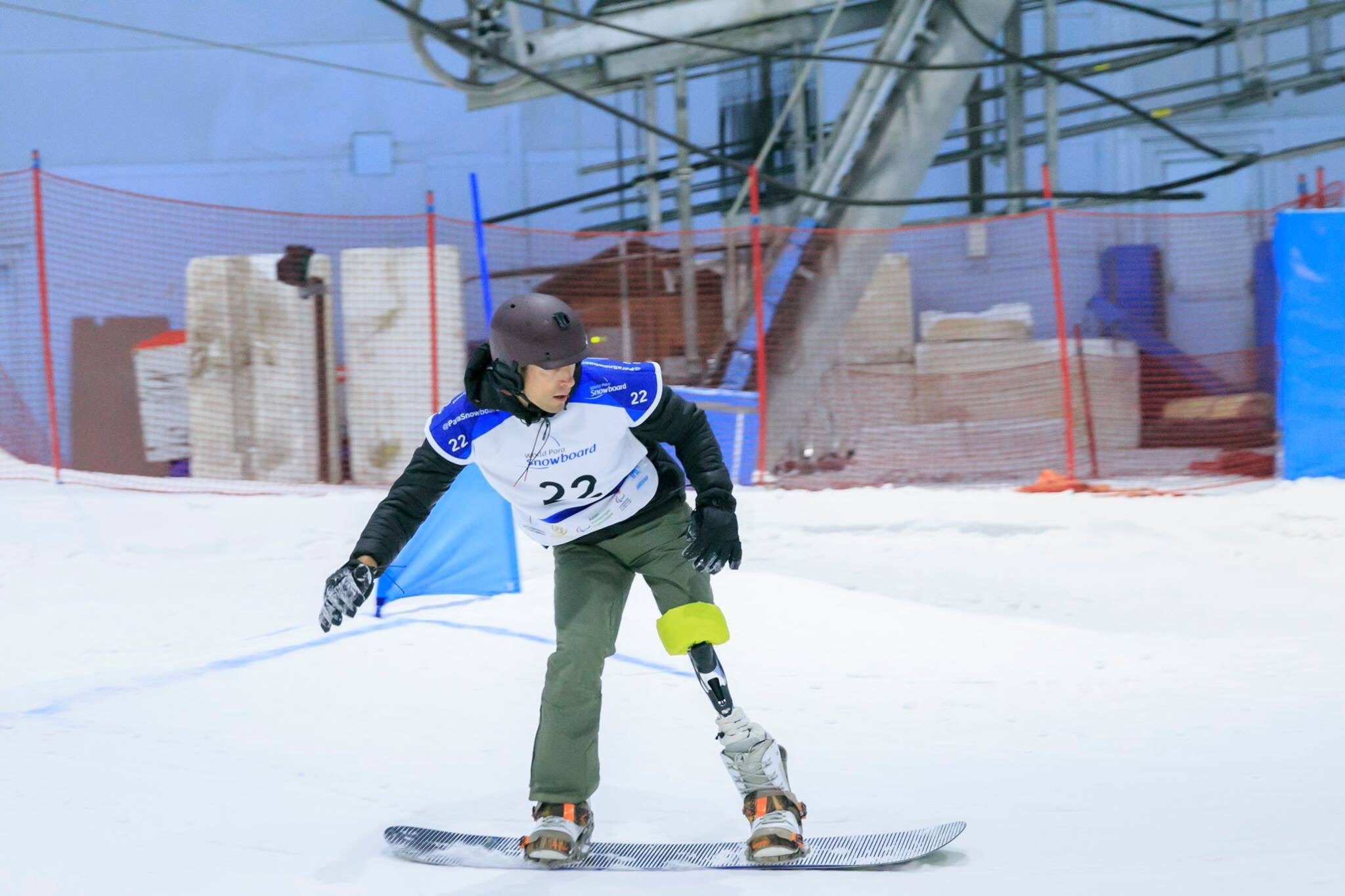 My sports life has just turned 360 degrees as of last week!

As most of you know, my category in Paratriathlon is cut off from Tokyo2020. So… I’ve been thinking about a dream of trying for Winter Olympics in snowboarding, and my 1st opportunity just came up.

It all happened faster than I wanted to, but I have been in touch with the Brazilian Snow Federation and the opportunity to get into the rankings presented itself and I had to act fast!

I really wished I had more time to train in the snow, and have the right equipment. My prosthetic was far from ideal for that sport.

Enter SkiDubai, an indoor facility inside a huge shopping mall in Dubai. Suddenly I find myself getting a wildcard, and thrown in the middle of a bunch of pro seasoned Paralympic snowboarders!!!

I got an entry into the Asian Cup, where I would have to qualify for the 1st World Cup of the season (the following day). Well… it was quite the learning process! The event was called Banked Slalom, and it was extremely technical, even more so because they don’t have a lot of room in that slope, so they have to jam turns on top of turns. Add the fact that I’ve never done that specific modality and only had 2 training runs in the course and this was a recipe for disaster.

It was quite frustrating. I did only ok on training, but come race time and I hit some flags, didn’t do the full turns like I was supposed to, and got myself disqualified–without even a chance at the main event.

Some could say I made a fool of myself. But I learn with my mistakes. I’m proud of going out there and trying, it is much better than “what if…?”

I’m still absorbing what just happened, en route back home. Not planning on giving up anytime soon. It’s quite a challenge, but wasn’t triathlon a challenge too?